The flow of human behaviours is constantly evolving through power interrelations. Who is in emergency nowadays? What can the body tell us? After re-FLOW long-durational performance, the Artistic Director Chrysanthi Badeka, shifts her focus to the power of the political body on screen, choreographing and editing an audio-video(dance) installation. Transforming the screening space to a circular arena and placing the viewer in the middle, the choreographer’s research is on the body in emergency, alongside the expansion of the boundaries of the videodance form. 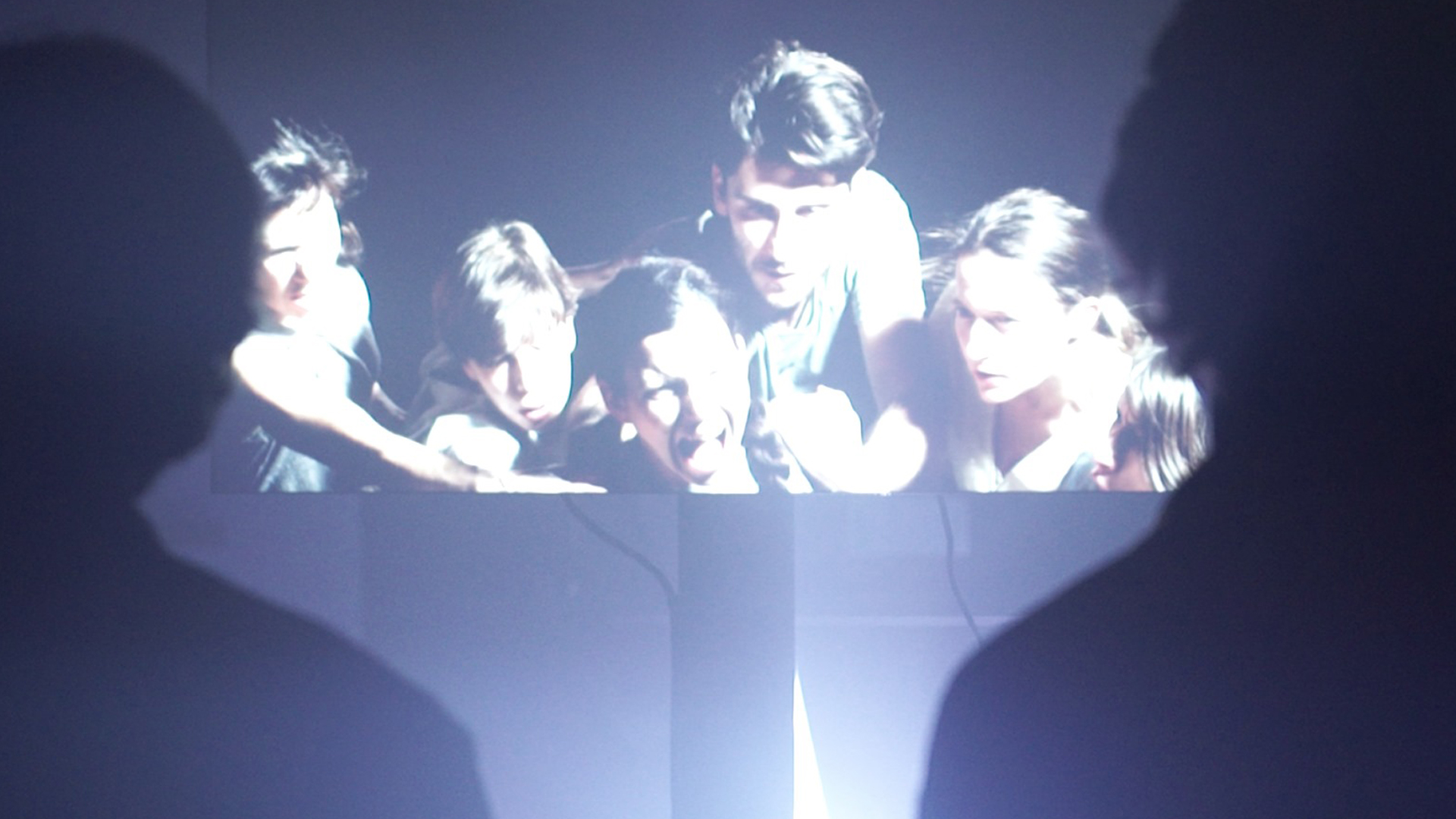 Merging cinematic language with dance, in a 7-screen-architectural layout designed by Rajan Craveri and an immersive multi-channel spatialization sound system by Alberto Barberis, the 3 artists explore the notion of resilience, regeneration, power and opposition. The focus of the residency is on the development of the mixed language and the creation of flows of sounds moving in circular space, in relation with the dances on screen, the beams of light and multi-projections. 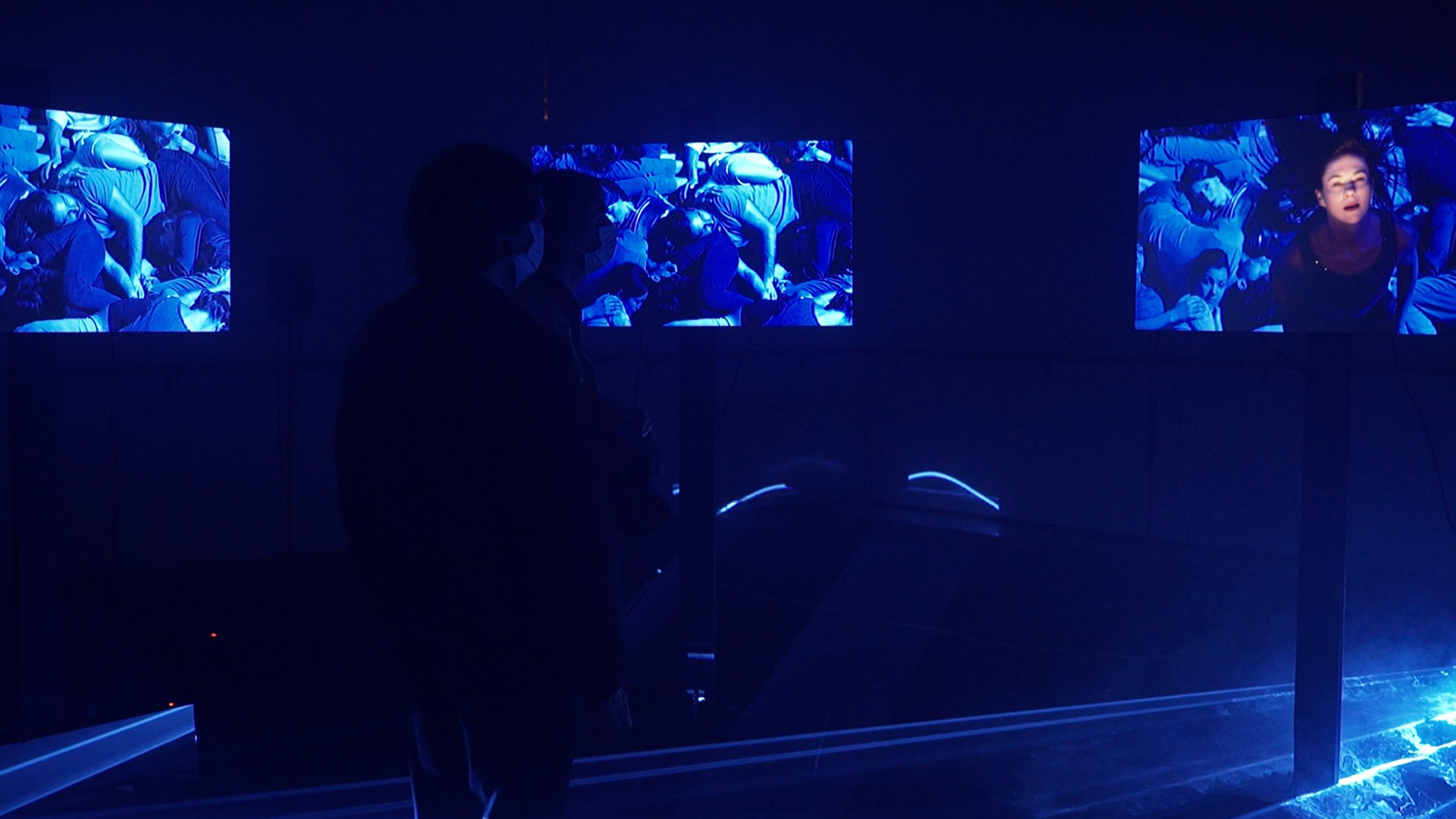