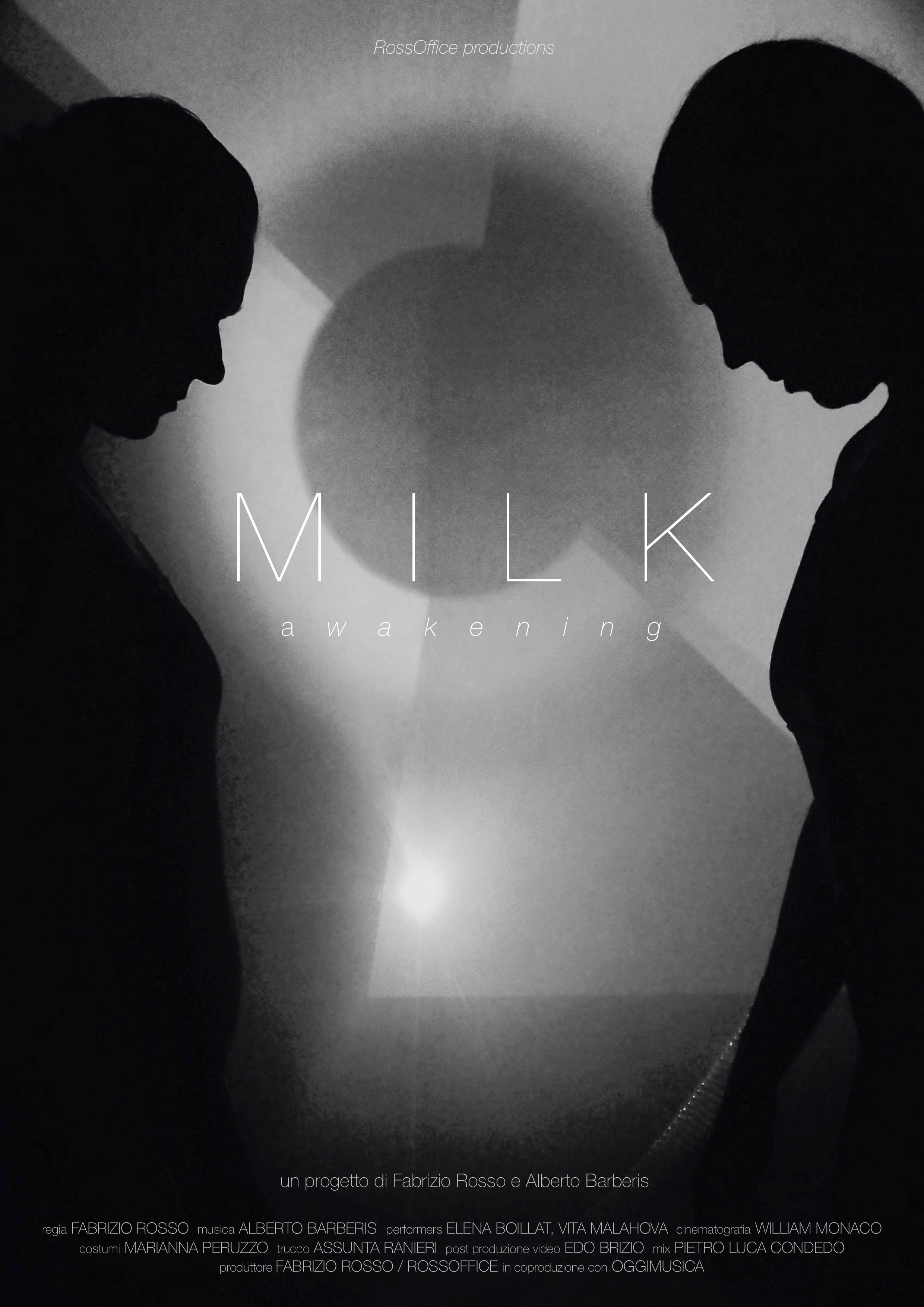 MILK is not a concept, nor a metaphor. MILK is the liquid that flows from the mother, from which we learn to perceive ourselves and the world, in the rich and unstable universe of emotions, apart from which we are nameless numbers.

Awakening is the film version of the last scene of the performance MILK, in which two women live subjected to a machine that feeds them and, at the same time, feeds on them. The purpose of the machine is to depersonalise them, in order to make them unconscious slaves. The moment of their emotional awakening sees them become each other's mother, through the discovery of a type of physical contact not mediated by mechanical conventions, but experienced without rules. In the first part of the performance, milk is the reward for the work done: a means of exchange, cold and impersonal. In the scene of Awakening, it is the authentic and free maternal gift of love and care.

The music of MILK is that of the voice of a source, without the accompanying background noise. In MILK, the text is distilled into a single word. A word that, drop by drop, learns to speak, becoming genesis and song. And the song is that of a single soprano who, in the encounter of four overdubbed voices, seems to enchant herself. Nursing. Healing itself. MILK is the human journey in which the human keeps the human alive. Therefore it has the sound of the origin, of the first breath, birth and warmth. The caressing sound of timeless affectivity. And its colour is the timbre of white. Acute, subtle, total and at the same time silent.